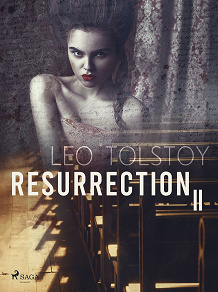 by Leo Tolstoy
The second book from Tolstoy’s epic 'Resurrection' cycle begins with Nekhlyudov, the juror on Maslova’s trial, who realises that he was indeed in love with Maslova prior to cruelly abandoning her as a vulnerable young servant girl. Unexpectedly, he decides to seek absolution by sacrificing his depraved life of luxury to share her fate.

Nekhlyudov goes to prison and starts to unravel his fellow inmates' stories. He slowly begins to understand the full scope of the injustice of the Tsarist laws, along with the insidiousness of their repercussions. Especially for the not so fortunate. Nekhlyudov stops believing in himself, but starts believing in others.

An existential drama proffering plenty of food for thought, 'Resurrection II' is must-read for those inspired by moralistic, life-changing narratives and for admirers of Tolstoy's earlier work 'The Death of Ivan Ilych'.

Fans of the 2012 film 'Anna Karenina' depicting the eponymous aristocrat's romantic tragedy set against the backdrop of Tsarist Russia will also enjoy this book.

Leo Tolstoy (1828-1910) was a Russian author, a master of realistic fiction and one of the world’s greatest novelists. Tolstoy’s major works include 'War and Peace' (1865–69) and 'Anna Karenina' (1875–77), two of the greatest novels of all time and pinnacles of realist fiction. Beyond novels, he wrote many short stories and later in life also essays and plays.