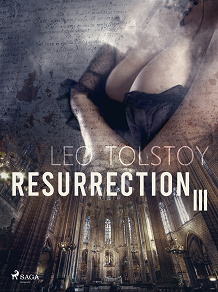 by Leo Tolstoy
The final book in the 'Resurrection' cycle follows Nekhlyudov’s transformation into a penitent sinner. He renounces his wealth and land holdings to the peasants, then follows Maslova in her prison exile to Siberia.

Maslova's plight also plays an important part in this volume. Nekhklyudov has to live with her choices as well as his own. 'Resurrection' reaches its denouement in a revelatory way. It sees the characters on a never-ending journey to redemption, meaning and self-transformation.

Poignant realism is suffused with passionate romance. Sacrifice gets in the way of greed. Human compassion clashes with social injustice. An indisputable must-read for fans of Tolstoy and Russian realist literature.

Leo Tolstoy (1828-1910) was a Russian author, a master of realistic fiction and one of the world’s greatest novelists. Tolstoy’s major works include 'War and Peace' (1865–69) and 'Anna Karenina' (1875–77), two of the greatest novels of all time and pinnacles of realist fiction. Beyond novels, he wrote many short stories and later in life also essays and plays.