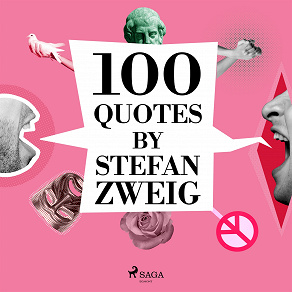 by Stefan Zweig
‘100 Quotes by Stefan Zweig’ is a collection of reflections by one of the most underrated writers of the 20th Century. Often witty, and always intelligent, this collection sees Zweig reflecting on everything from human nature to love. Eminently quotable, it’s an excellent read for those who want an introduction to a man known for his compassion and pacifism.

Born in Vienna, Stefan Zweig (1881 – 1942) was an acclaimed poet, essayist, dramatist, and writer. After studying philosophy at the University of Vienna, Zweig established a friendship with Theodor Herzl, the editor of the ‘New Free Press’ magazine. Herzl accepted many of Zweig’s early works for publication.
Jewish by birth, Zweig left Austria, as the Nazis began their climb to power in the 1930s. First living in London, he then moved to Bath, before fleeing to the States under the shadow of ‘Operation Sea Lion,’ which saw him named as a person to be detained immediately after the UK had been conquered.
Eventually, he moved to Brazil with his wife where, in 1942, they took their own lives. His literary legacy is one of humanity, simplicity, and compassion, including works such as ‘Amok,’ and ‘The Royal Game.’