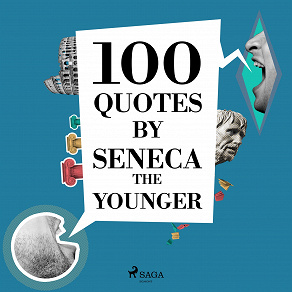 100 Quotes by Seneca the Younger

by Seneca the Younger
‘100 Quotes by Seneca the Younger’ is a collection of reflections from one of the most forward-thinking philosophers of his time. A confirmed follower of Stoicism, many of his thoughts focus on the value of perception, understanding, and self-knowledge. A superb read, packed with quotable lines that are timeless in their insights and proposals. If you enjoyed Ryan Holiday's 'The Obstacle Is the Way: The Timeless Art of Turning Trials into Triumph', this collection will give you some excellent insights into the ancient Greek school of philosophy that inspired the bestselling cult classic.

Born in Spain, Seneca the Younger (4BC – 65AD) was raised and educated in Rome. The middle child of a Roman aristocrat, he was schooled in the typical subjects, including literature, rhetoric, and philosophy. A sickly child, who suffered from breathing difficulties, Seneca was set to live with his aunt in Egypt, to recuperate.
On his return, he became part of the Roman Senate and was praised for his oratorical skills. However, the emperor, Caligula, took umbrage at this and Seneca narrowly avoided execution. He had his second brush with capital punishment under the emperor, Claudius, who accused him of having an affair with his wife. Instead, he was exiled to Corsica for eight years.
During his lifetime, Seneca wrote countless philosophical papers and 10 plays, including ‘The Madness of Hercules,’ and ‘Medea,’ many of which are still performed today.