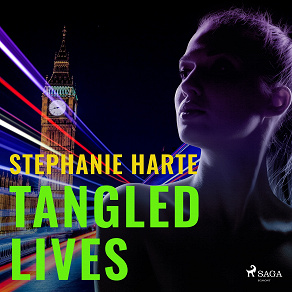 Nathan has tried to be a changed man for Gemma after they escaped gangster Alfie's clutches, but it doesn't take long for him to give into temptation... and now Alfie's back to get what's his.

Alfie doesn't like losing. The gangster has been biding his time ever since Nathan and Gemma escaped his clutches, but he's determined to collect his debt now. It helps that he knows about Gemma's big secret...

Gemma's been hiding something life-changing from her husband while they've been on the run. But now Alfie's back in town, her lies could cost her Nathan... and her son.

Stephanie Harte was born and raised in North West London. After leaving school she trained in Hairdressing and Beauty Therapy and then worked for many years as a Pharmaceutical Buyer for the NHS.

Her career path led her to work for an international export company whose markets included The Cayman Islands and Bermuda. For ten years, Stephanie taught regular beauty therapy workshops at a London-based specialist residential clinic that treated children with severe eating disorders.

Stephanie took up writing as a hobby and self-published two novels and two novellas before joining Aria Fiction.
Listen to sample
Log in to borrow