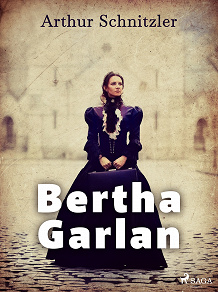 by Arthur Schnitzler
Written almost as an interior monologue, ‘Bertha Garlan’ follows the eponymous Bertha on her quest for love.

A widow in her thirties, Bertha previously married out of convention. However, after a trip to Vienna with her friend, she is determined to experience what she never has and gets in touch with her childhood sweetheart, Emil Lindbach.

Will Bertha find what she’s been lacking, or is there a greater lesson to be learned?

A fast-paced story that effectively dissects the social constructs of the time and looks at the life of women against this backdrop, ‘Bertha Garlan’ is an ideal read for anyone familiar with Schnitzler's body of work.

The son of a physician, Arthur Schnitzler (1862 – 1931) was born in Vienna. At the age of 17, he enrolled at the city’s university, studying medicine. After graduating, he began work as a doctor at the Vienna General Hospital.

Despite seeing himself primarily as a man of science, Schnitzler began writing when he was 31. His first works, poems, and short stories, focusing on the themes of jealousy and adultery, laid the foundations for his first play, ‘Anatol.’ Due to its psychological nature, ‘Anatol’ was praised by Sigmund Freud and later adapted for film, starring Gloria Swanson.