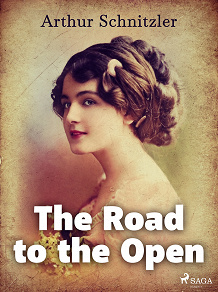 The Road to the Open

by Arthur Schnitzler
A coming-of-age novel, ‘The Road to the Open’ follows the complicated liaisons of composer, Baron Georg von Wergenthin.

While a talented man, Wergenthin lacks motivation and, instead of working, prefers to socialise with members of the Viennese bourgeoisie.

A committed Christian, his life becomes even more complex when he finds himself falling for a Jewish girl, Anna Rosner.

Through this story, Schnitzer documents the collapse of the freethinking Austrian society, as antisemitism and patriotism start to take its place.

A classic novel from one of Vienna’s most noteworthy authors, this is ideal for those new to Schnitzler's body of work.

The son of a physician, Arthur Schnitzler (1862 – 1931) was born in Vienna. At the age of 17, he enrolled at the city’s university, studying medicine. After graduating, he began work as a doctor at the Vienna General Hospital.

Despite seeing himself primarily as a man of science, Schnitzler began writing when he was 31. His first works, poems, and short stories, focusing on the themes of jealousy and adultery, laid the foundations for his first play, ‘Anatol.’ Due to its psychological nature, ‘Anatol’ was praised by Sigmund Freud and later adapted for film, starring Gloria Swanson.