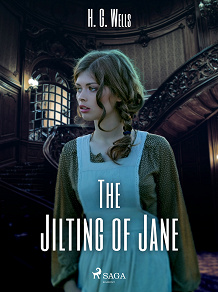 The Jilting of Jane

by H. G. Wells
H.G. Wells considered his short story, 'The Jilting of Jane', to be amongst the best of his early fiction.

This romantic, mystery novella tells the story of Jane, a maid working in the household of George and his wife Euphemia. Jane is engaged to be married to William, however, Euphemia is suspicious and does not believe William to be a decent man. To Jane's despair, she soon finds out William is indeed harbouring a secret...

Romance, mystery, and tragedy entwine in this short story that will be enjoyed by fans of 'Downton Abbey', 'Upstairs Downstairs', and 'Far From the Madding Crowd'.

H.G. Wells (1866 – 1946) was a prolific writer and the author of more than 50 novels. Additionally, he wrote more than 60 short stories, alongside various scientific papers. Many of his most famous works have been adapted for film and television, including ‘The Time Machine,’ starring Guy Pearce, ‘War of the Worlds,’ starring Tom Cruise, and ‘The Invisible Man,’ starring Elizabeth Moss. Because of his various works exploring futuristic themes, Wells is regarded as one of the ‘Fathers of Science Fiction.’