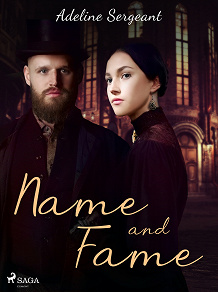 by Adeline Sergeant
Set in Victorian London, ‘Name and Shame’ is an unashamed melodrama in its purest form.

Following the fortunes of Alan and Lisette Walcott, alongside the adventures of Lettice Campion, this is a tale of deceived wives, attempted murder, secret identities, politics, and illegitimate children.

Although the writing is taut and the plot full of twists and turns, Sergeant saves a few well-chosen words with which to take pot-shots at the role of women in Victorian society and the deplorable attitudes of the men around them.

A rollicking read for those new to Sergeant’s work.

Emily Frances Adeline Sergeant (1851 – 1904) was one of the most prolific novelists of the 19th century. Born in Derbyshire, Emily was the daughter of Richard Sergeant, a Methodist missionary, and Jane Hall, a writer of children’s books. Jane published her stories under the name Adeline, which Emily was later to adopt.

During her lifetime, Adeline Sergeant wrote over 90 novels, including ‘The Story of a Penitent Soul,’ ‘No Saint,’ and ‘The Idol Maker.’ Many of her works explored the theme of religion, as her views changed from committed faith to agnosticism, and finally, to Catholicism.