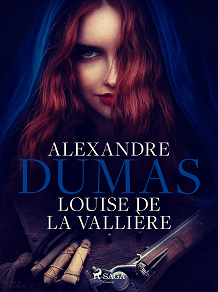 by Alexandre Dumas
Set in France in 1661, ‘Louise de la Vallière’ is the third and final part of the D’Artagnan Romances trilogy.

With Louis XIV seeking to cement his position as the absolute monarch over the whole of France, D’Artagnan and the Three Musketeers are forced to come out of retirement one last time.

However, while their intentions may be noble, there might be hidden agendas at play that could steer the foursome in the wrong direction...

Packed with murder, intrigue, conspiracy, betrayal, action, and adventure, ‘Louise de la Vallière’ is as fast-paced and exciting as any of Dumas’ earlier outings.

A political animal, the author allows us to see the machinations of the royal court and its effects on the general populace. At its heart, this is a romantic romp yet Dumas deftly sprinkles the twisting plot with flecks of wistful nostalgia.

An ideal read for fans of ‘The Three Musketeers’ film, starring Oliver Reed and Simon Ward.

Alexandre Dumas (1802 – 1870) was one of the most popular French authors and playwrights of the 19th Century. After the death of his father, Dumas travelled to Paris where he eventually decided to work in the theatre. He first came to public attention at the age of 27 with his first play, ‘King Henry III and his Courts.’

After a succession of successful stage plays, Dumas turned his hand to writing novels. Many of these were serialised in newspapers, such as ‘La Comtesse de Salisbury; Édouard III,’ and ‘Le Capitaine Paul.’

Many of Dumas’ later works have been hailed as timeless classics and adapted for television and the silver screen, such as ‘The Three Musketeers’, starring ‘Lord of the Rings’´ Orlando Bloom, and ‘The Count of Monte Cristo’, starring ‘Superman’ star, Henry Cavill.