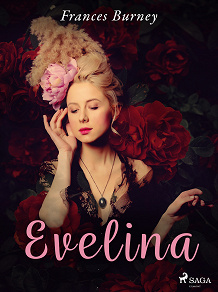 by Frances Burney
A forlorn English diplomat. A forgotten yet legitimate daughter. A stuffy society intent on keeping outsiders out. Steeped in the new wave of romanticism in the late 18th century, ‘Evelina’ tells the beloved story of a young lady’s entrance into the world.

Evelina must learn to navigate the layers of 18th-century England. And although she has all the desirable traits of a young woman, being cast a ‘nobody’ by Mr. Lovel is sure to tarnish her shine. A marriage is required of her. And fast. Can she secure a suitable bachelor?

During a time when society was less than kind to the wants of women, Frances Burney’s ‘Evelina’ remains a much-loved eighteenth-century novel. Sweeping readers off their feet for nearly 200 years, ‘Evelina’ is ideal for fans of Netflix’s ‘Bridgerton’ and Keira Knightly’s ‘Pride and Prejudice’.


Frances Burney (1752-1840) was an English satirical novelist, diarist and playwright. Her work spans the hugely popular ‘Evelina’ and ‘Camilla’, both which remain much loved eighteenth-century classics today.

Mistress of the robes to Charlotte of Mecklenburg-Strelitz, George III’s Queen, Burney married a French exile, leaving her stranded in France for much of her career. She is thought to have foreshadowed the likes of Jane Austen and William Makepeace Thickery.