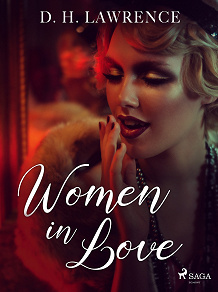 Gudrun Brangwen, an artist, becomes deeply involved in a destructive entanglement with the industrialist Gerald Crich.

Ursula, a schoolteacher, embarks upon a happy relationship with alienated intellectual Rupert Birkin.

After a double tragedy for Gerald, the four head to the Austrian Alps for a holiday. There, the two men are confronted by feelings they have for each other, while Gudrun begins an intense friendship with an artist from Dresden.

Enraged, Gerald takes drastic action that will have lifelong consequences for them all.

The book was made into a movie, also called 'Women in Love', in 1969, starring Alan Bates, Oliver Reed, and Glenda Jackson.

This turbulent tale of love and loss is perfect for fans of E. M. Forster's 'A Room with a View' and the work of Elizabeth Gaskell.

David Herbert Lawrence (1885-1930) was an English author and poet. His books focused on the negative effects of industrialisation and modernity.

However, he is best known for the controversy that surrounded his leading novels, which contained explicit descriptions of sex and sexuality.

His novels include 'Sons and Lovers', 'The Rainbow', 'Women in Love' and 'Lady Chatterley's Lover'.

When 'Lady Chatterley's Lover' was first published in full in 1960, long after Lawrence's death, the publisher Penguin was prosecuted under the 1959 Obscene Publications Act. The 'not guilty' verdict resulted in greater freedom for writers and publishers.