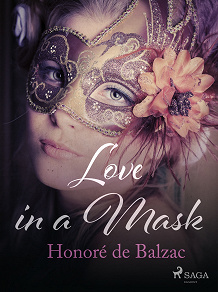 Love in a Mask

by Honoré De Balzac
'Now that I am free, perfectly free, I intend to remain so.'
Today, this would be a clear message to look for another online date.

In 19th-century Paris, Leon de Preval, a captain in the Sixth Horse, does not take the hint. The focus of his intrigue is a mysterious young widow in a mask, who is enjoying the freedom that the death of her controlling husband has allowed her.

The woman's identity remains a secret, but they meet a few weeks later at another masquerade ball. When Preval asks for a third meeting, she agrees - but with a set of challenging conditions.

'Love in a Mask' is a romantic story with a sharp edge of commentary about women's role in society and their treatment by their husbands.

If you like this, try Jane Austen's 'Pride and Prejudice' and 'Sense and Sensibility' or 'Madame Bovary' by Gustave Flaubert.

Honoré de Balzac (1799-1850) was a French novelist and playwright, most famous for a sequence of novels, collectively called 'The Human Comedy'. His signature style was a warts-and-all representation of post-Napoleonic French life, rich in detail and featuring complex, unfiltered characters.

The style means Balzac is regarded as one of the pioneers of European literary realism. He is named as an influence on writers including Emile Zola, Henry James, Charles Dickens, and Gustave Flaubert.

The first novel he published under his own name was 'Les Chouans' in 1829. In 1834 he hit upon the idea of grouping his novels together to record all of society. The result, over a period of years, was 'The Human Comedy', which comprised three categories: 'Analytic Studies'; 'Philosophical Studies'; and 'Studies of Manners'.