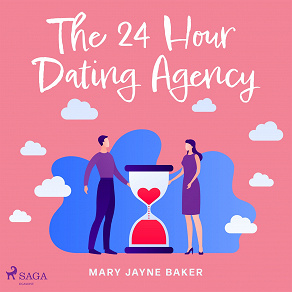 by Head of Zeus
Tinder, Hinge, Bumble – thirty-something journalist Saffie has tried them all but now she's wondering whether it's time to throw in the towel and give up on love for good – and she's not alone...

Saffie's boss Tamara has been single since her divorce four years ago, but at forty-five, running her own magazine and with three kids at home, she doesn't feel she has the time, energy or confidence to go through the dating mill again.

Meanwhile, Saffie's best friend Milo has just been dumped – again. A hopeless romantic with terrible taste in men, this is his fourth break-up in six months. There must be a secret to finding Mr Right, surely – but what?

Step forward The 24-hour Dating Agency, a matchmaking service with a difference. Instead of wasting months on casual dates, they promise to send you on an intense twenty-four-hour date with your perfect match – like speed-dating but in reverse. And even better, the agency offers a soulmate guarantee: meet The One or your money back.

Figuring they have nothing to lose, the three friends sign up. But when their matches turn out to be not what they were expecting, it seems like even the soulmate guarantee can't find them what they're looking for. Or can it?

Mary Jayne Baker is a romance author from Yorkshire, UK. After graduating from Durham University with a degree in English Literature, she dallied with living in cities including London, Nottingham and Cambridge, but eventually came back with her own romantic hero in tow to her beloved Dales, where she first started telling stories about heroines with flaws and the men who love them. Mary Jayne Baker is a pen name for an international woman of mystery...