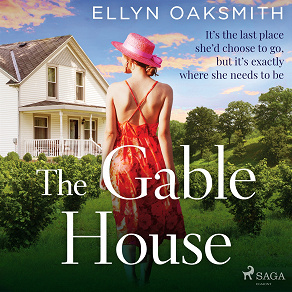 Freya Johanssen needs a fresh start. A recently heartbroken and newly-qualified veterinarian, she will take any job that gets her away from Seattle—for now. Her plan is to spend two years in the small town of Whisper Falls, and then head back to the city and civilisation.

And then Trent Crossley shows up, and her carefully laid plans are blown to pieces. He’s the last person she expected—or wanted—ever to see again. This is the guy who thinks he’s God’s gift to women; who breezed through vet school without studying and who betrayed her in a way she’ll never forgive. She thinks he’s an arrogant party boy; he thinks she’s an uptight perfectionist. Now he’s in her clinic, and the fluttering in her stomach must mean she’s still mad at him.

It seems they have both been hired for the same job—and now neither is backing down. But as Freya works to outdo Trent at every turn, she starts to see a different side to the man she thought she knew. Falling in love was never part of her plan. And if she wants the new beginning she’s worked so hard for, can she afford to give away her heart?

A totally unputdownable feel-good read about finding yourself, and love, in the most unexpected places. Fans of Virgin River, Debbie Macomber, Jill Shalvis and Carolyn Brown will love The Gable House.

"Kept me hooked from start to end, I read it in one sitting... heart-warming." Bookworm 86, 5 stars

"I found myself staying up through the night swooning and sniffling in this heart-wrenchingly amazing romance... I was hooked from the very first page." Nurse Bookie, 5 stars

"I adored it... Some funny little things that made me smirk and some sad ones that broke my heart AND a scene that made my eyes well up and my heart melt. Great ingredients mixed into a wonderful story." B for Bookreview, 5 stars.

Ellyn Oaksmith is the USA Today and Kindle bestselling author of the Blue Hills Series, featuring the Alvarez family. After graduating from Smith College and attaining her MFA from The American Film Institute, Ellyn began her writing career as an award-winning screenwriter in Hollywood. Her books explore the same themes as her screenplays: grit, humor, family and love. Ellyn lives on one of Seattle's many hills with her husband and spends as much time as possible on the water as part of a competitive rowing team.
Listen to sample
Log in to borrow