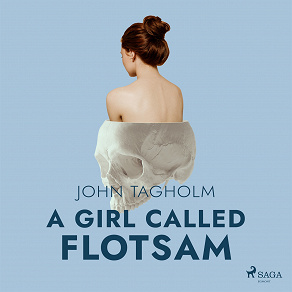 by John Tagholm
'Do you have a name for her?' she asked.

He shook his head. 'You've decided it's a girl?'

She looked at the skull and thought of it washing backwards and forwards in the dirty water of the Thames until coming to rest in sight of tip of the Isle of Dogs under the gaze of the grandiose buildings of Greenwich.

'We'll call her Flotsam,' she said.

Home truths are always the hardest.

Beatrice Palmenter is 36, a successful filmmaker. And discontent. She is about to make two journeys, one back a thousand years to the world of the Anglo Saxons, the other to wartime France.

It begins when she holds a small skull in the palm of her hand on the bleak foreshore of the River Thames. It continues as she travels to Paris and Marseille on the trail of the world famous restaurateur Joseph Troumeg. Along the way she meets three extraordinary women and archaeologist Harry Wesley. And discovers some home truths about herself.

A Girl Called Flotsam is a captivating love story and a compelling mystery about the elusiveness of history and the messages, true and false, it leaves behind.

For fans of William Boyd, Joanne Harris and Sebastian Faulks.

John Tagholm was born in Cardiff. He has written all his working life, for newspapers, magazines, radio and television. There was a long gap between 'Football: How Much Do You Really Know?', published by Independent Television Books in the 70's and 'No Identifiable Remains', his first work of fiction, which was followed by'Bad Marriage', and 'Parallel Lives'.
Listen to sample
Log in to borrow