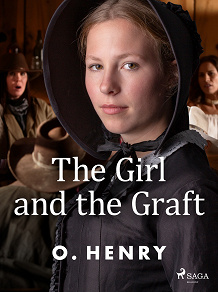 The Girl and the Graft

by O. Henry
In 'The Girl and the Graft' O. Henry challenges the traditionally held expectations of a woman's role in society. With his hallmark matter-of-fact wit, O. Henry questions the chasm between women's and men's socio-economic conditions in the newfound era of women's activism. The unfairness that the protagonist addresses is that men are the sole proprietors of 'all the money in world." A must read for fans of satirical short stories and feminists alike.

American short story master O. Henry is best known for his pithy, witty scores and surprise endings. In doing so he made commonplace experiences extraordinary and memorable. His work has been immortalised in the popular 1952 film 'O. Henry's Full House' starring Fred Allen, Anne Baxter, Marilyn Monroe and Jeanne Crain.

William Sidney Porter (1862-1919), known simply as O. Henry, was a prolific American author of humorous literary pieces. His fame came exceptionally quickly and he became a bestselling author of short story collections. Perhaps the most famous of these are, 'Cabbages and Kings,' 'The Voice of the City' and 'Strictly Business.' The immensity of O. Henry's impact on the American short story genre for time to come is evidenced by the fact an annual award in his name is given out each year in the United States. O. Henry's work is a must read for fans of Hemingway, Guy de Maupassant and Anton Chekhov.