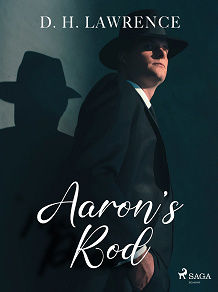 by D.H. Lawrence
Trapped in a loveless and unhappy marriage, Aaron Sisson, a union official in the depressing coal mines of the English Midlands, will walk out on his wife and children to follow his passion for music. From London to Italy, Sisson moves in intellectual and artistic circles, arguing politics, leadership and submission to authority while dallying with the dizzying heights of the aristocracy. Threaded with stunning characters, daring romance and an explosive conclusion this fascinating and engaging novel tracks many of Lawrence’s own beliefs and ponderings on the state of a post-war society. It is a brilliant psychological analysis of a society up-turned by the devastation of World War One and it’s desperate search for meaning in the wake of such great losses. This novel is perfect for anyone who loved ‘The Great Gatsby’.

David Herbert Lawrence (1885-1930) was one of the 20th centuries most influential writers. Born in England, he became famous for his novels, short stories, poems, and literary criticism, though many of his contemporaries viewed him as a pornographer. He faced severe criticism and censorship after the publication of one of his most famous and explicit novels, ‘Lady Chatterley’s Lover’. Despite his persecution, Lawrence’s works continued to explore central themes of human emotion, identity, and sexuality. His other prominent works include ‘Women in Love’, ‘The Rainbow’, ‘Sons and Lovers’, and ‘The Plumed Serpent’.