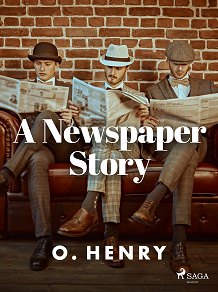 by O. Henry
In ‘A Newspaper Story,’ O.Henry proffers a glimpse into a world where a newspaper is more useful as an inanimate object than for the articles it contains. O. Henry does a splendid job in providing readers with the news of the day and characterizing the newspaper to give it a life all of its own. The stories of the individuals we encounter as we go along with the newspaper in the booming big city are all harmoniously interlinked into one another this spectacular piece.

American short story master O. Henry is best known for his pithy, witty scores and surprise endings. In doing so he made commonplace experiences extraordinary and memorable. His work has been immortalised in the popular 1952 film 'O. Henry's Full House' starring Fred Allen, Anne Baxter, Marilyn Monroe and Jeanne Crain.

William Sidney Porter (1862-1919), known simply as O. Henry, was a prolific American author of humorous literary pieces. His fame came exceptionally quickly and he became a bestselling author of short story collections. Perhaps the most famous of these are, 'Cabbages and Kings,' 'The Voice of the City' and 'Strictly Business.' The immensity of O. Henry's impact on the American short story genre for time to come is evidenced by the fact an annual award in his name is given out each year in the United States. O. Henry's work is a must read for fans of Hemingway, Guy de Maupassant and Anton Chekhov.