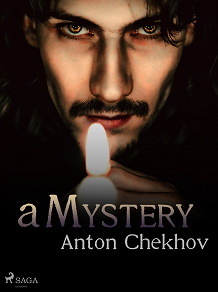 by Anton Chekhov
The narrative focuses on the extraordinary predicament of the Civil Councillor Navagin. For the past thirteen years he has striven in vain to uncover the undisclosed identity of a certain Fedyukov. His signature mysteriously appears in every single document that leaves Navagin's office. Navagin is perplexed and out of his wits.

Ironically enough, the time comes when the Councillor decides to follow his superstitious wife's advice to seek arcane knowledge from a spiritual medium. What follows is a hilarious lesson about the consequences of deciding one is above ordinary explanations for extraordinary events.

An entertaining and memorable read, 'A Mystery' is highly recommended for fans of the much-loved 1979 satirical comedy movie 'Monty Python's Life of Brian' starring John Cleese, Terry Jones, Eric Idle and Graham Chapman. It makes for an excellent addition to any Chekhov and O.Henry reader's bookshelf.

A prolific writer of seven plays, a novel and hundreds of short stories, Anton Chekhov (1860-1904) is considered one of the world masters of the short story genre. Painstakingly true to life yet morbid with his realistic depictions of 19th century Russian day-to-day life, Chekhov’s characters effortlessly glide between humour, melancholy, artistic ambition and death. Some of his best-known works include the plays 'Uncle Vanya', 'The Seagull' and 'The Cherry Orchard'. His short stories shed light on the mysterious concealed beneath the surface of the ordinary, as well as the doom and the horror lurking in the shadows.