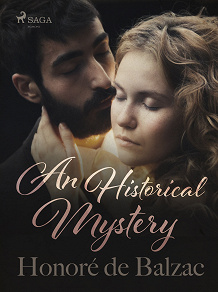 by Honoré De Balzac
'An Historical Mystery' tells the story of a mysterious kidnapping, coupled with the romantic intrigue blossoming within the higher circles of power while Napoleon I was at the height of his reign. A narrative similar to that of an Elizabethan revenge tragedy, one conspiracy bleeds into another to reveal the murky depths of the French sociopolitical arena at the time.

By using his infamous descriptive powers and impeccable judgement of individual character, Balzac definitely shows that he knew everything about his own time.

Guy de Maupassant, Flaubert and Emile Zola were naturalist authors who were directly influenced by Balzac.

Honoré de Balzac (1799-1850) was a French novelist and playwright, most famous for his collection of novels and plays, collectively called 'The Human Comedy'. His detailed observation of humanity and realistic depiction of society makes him one of the earliest representatives of realism in Europe. He was a master-creator of complex characters that often found themselves in ambiguous moral dilemmas.