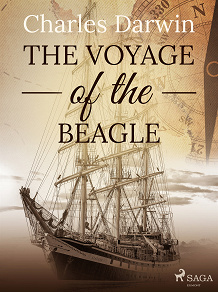 The Voyage of the Beagle

by Charles Darwin
First published in 1839, ‘The Voyage of the Beagle’ by famous naturalist Charles Darwin is a vivid travel journal written over the course of his five-year journey about HMS Beagle. Full of detailed scientific observations, the journal also details his changing beliefs about species, which would go on to inform his theories on evolution and natural selection. Packed full of vivid descriptions, this is a fascinating window into the mind and workings of the renowned naturalist from this now legendary trip.

Charles Darwin (1809-1882) was an English naturalist, best known for his work on the science of evolution. Though controversial at the time, his theory on natural selection and 1859 book ‘On the Origin of Species’ is now a fundamental part of modern science and studies of the natural world. His five-year voyage aboard HMS Beagle established him as a geologist and naturalist, and it was knowledge gleaned on this trip that led to his now internationally renowned theory of natural selection. Plagued by ill health in later life, Darwin died at the aged of 73 and was honoured with a burial in Westminster Abbey.