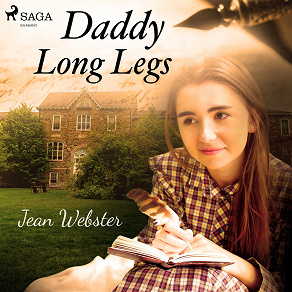 by Jean Webster
Young orphan Judy Abbott’s life is turned upside down following an unexpected message. An anonymous benefactor has offered to pay for Judy to attend college on one condition – she must write to the mysterious donor every month to update them on her progress, and she must never know who they are. With college life a whirl of new friends, classes and parties, there is plenty for Judy to update her benefactor about, but the question remains – just who is this anonymous stranger? And why do they care so much for Judy? A charming and humorous coming of age story from the famous American author Jean Webster.

Jean Webster (1876-1916) was an American writer and social activist. Born in New York to a matriarchal family, Webster was deeply influenced by the strong women who surrounded her. She became interested in social issues while at Vassar College, an interest she would maintain throughout her life, alongside women’s suffrage and education, all of which would influence her writing. Her most famous works include ‘When Patty Went to College’ and ‘Daddy-Long-Legs’, the latter of which also toured as a successful play. She died in 1916 following childbirth complications aged 39 while at the height of her career.
Listen to sample
Log in to borrow