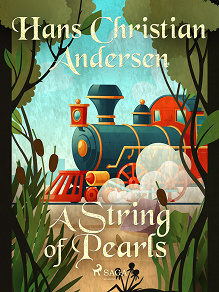 A String of Pearls

by Hans Christian Andersen
In Denmark, the railway is a string of pearls. In Europe, the pearls of this necklace are Paris, London, Vienna and Naples. Here, we see six pearls of the Danish railway and quickly find that it is easier to travel since the invention of the train!