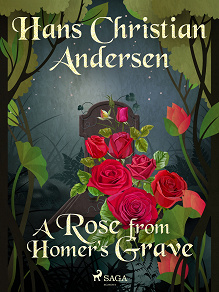 A Rose from Homer's Grave

by Hans Christian Andersen
The poet Homer, author of the Iliad and the Odyssey, is buried near Smyrna (Izmir in Turkey). In this forgotten corner of the world, a beautiful rose bush grows and one of its roses brings special dreams at night.