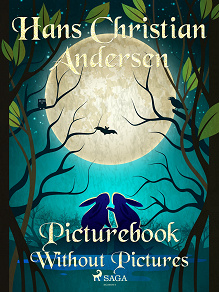 by Hans Christian Andersen
The series of sketches of 'What the Moon Saw' arose from the experiences of Andersen, when as a youth he went to seek his fortune in Copenhagen. Uniquely, the story is split into 33 short parts, each describing unrelated scenes witnessed by the Moon as it travels around the world, looking down at its inhabitants over the course of some fifty or so nights. Fittingly for a tale told entirely after sunset, the tone is dark...