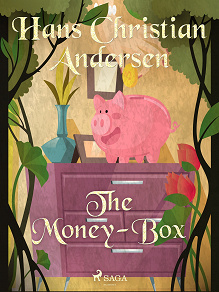 by Hans Christian Andersen
There were many toys in the bedroom and the proudest of all was the money-box: she sat above the wardrobe and knew that, in her belly, she had all she needed to buy all the other toys. They knew it as well, but they let the money-box play with them anyway...