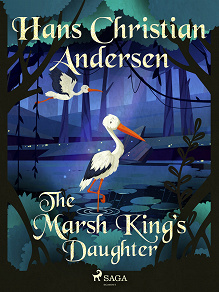 by Hans Christian Andersen
From generation to generation, storks have been telling and handing down stories. Two are heard more often than the others: the first is that of Moses, which a lot of us know, but the second is less widely known. This story goes back a long time to when a father stork joined a mother stork to tell her of a terrible scene he had witnessed in the marsh...