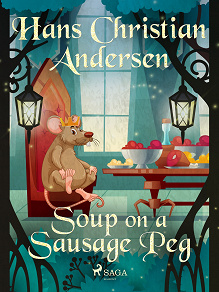 Soup on a Sausage Peg

by Hans Christian Andersen
During the mouse king’s feast, many dishes were served one after the other. There were so many that one might have thought two meals were being served! At the end of this orgy, there remained only the sausage skewers. Someone then spoke of the soup from a sausage skewer that should be made, but on one knew how to prepare it. The king announced that among all the young mice, the one who made the best soup from a sausage skewer during the year would become his wife. Only four poor mice dared to accept the challenge: they all went off by themselves, ready to do anything to make the best soup!