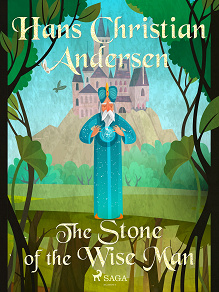 The Stone of the Wise Man

by Hans Christian Andersen
Far away, towards the Far East, the sun tree could be found, a huge tree, bigger than any tree imaginable. A whole palace was perched in its highest branches and the inhabitant of this palace was none other than the wisest man in the world. However, even though he had more knowledge than anyone else, he had a question that still troubled him, just as it troubles kings and all men: what happens to a man when the angel of death comes for him?