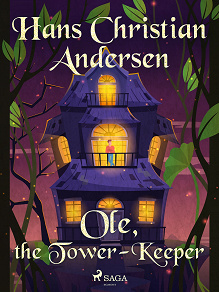 by Hans Christian Andersen
My friend Ole was an intelligent curious man with a great deal of knowledge. He had never obtained what he wanted from Men so he retired and lived as a hermit, alone at the top of a church tower. I will tell you about some of the visits I made to him and try to recall his words as best I can.