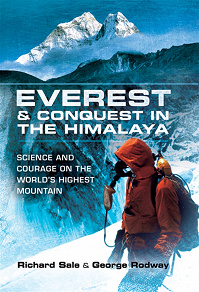 Everest and Conquest in the Himalaya

by George Rodway ‚ Richard Sale
A century ago the summits of the world’s highest peaks, Everest included, were beyond reach. Pioneering attempts to overcome the dangers of climbing at extremely high altitudes ended in failure, sometimes with disastrous consequences. Yet today high-altitude ascents are frequent, almost commonplace. Everest can be conquered by relatively inexperienced mountaineers, and their exploits barely merit media attention – unless they go fatally wrong.

In this fascinating study of the dramatic history of Everest climbs, Richard Sale and George Rodway describe in vivid detail the struggle to conquer the mountain and the advances in scientific knowledge that made the conquest possible. Their account gives a compelling insight into the science of mountaineering as well as the physical and psychological challenges faced by individuals who choose to test themselves in some of the harshest conditions on earth.