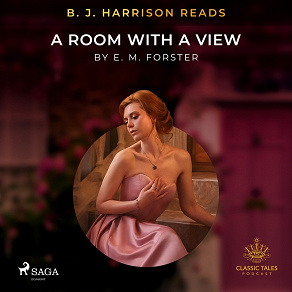 B. J. Harrison Reads A Room with a View

by E. M. Forster
Lucy Honeychurch and her cousin are on a vacation in Florence. The girls are given a room looking into the courtyard, but they would rather have one with a view over the river. George Emerson and his father offer the two girls to change rooms and this is how George and Lucy meet for the first time. George grows fond of Lucy but she is not sure of her feelings towards him. She returns home to England where she accepts to marry Cecil Vyse, a man who had already proposed to her three times. They move to a new family home and destiny reunites her with George.
Will Lucy come to regret her choice? Does she have the right to break off the engagement? Will she choose George over her own freedom?

E. M. Forster was an English writer who lived in the period 1879-1970. His literary legacy consists of novels, short stories, essays and librettos. He often depicted the differences between social classes and the difficulties in human connection. He was described as "brilliantly original", as a person "pulsing with intelligence and sensibility". Some of Forster’s best known works are the novel "A Room with a View", "The Machine Stops" and "A Passage to India". His reception was so god that he got nominated for Nobel Prize in Literature sixteen times.