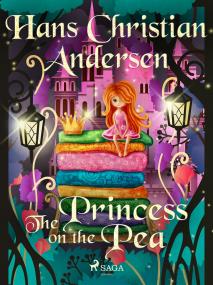 The Princess on the Pea

by Hans Christian Andersen
A prince wanted to find a real princess, but although he travelled the world, which is full of princesses, he could not find a real princess. So, he returned home, sad and empty-handed. But one stormy night, a soaking wet princess knocked on his door and asked for shelter for the night. The prince’s mother was not convinced that she was a real princess and decided to find out the truth.